Tip 1: Watch the body language of the animals/birds. For action photography  you have to anticipate their action, before pressing the shutter. When you read and understand about the behaviour of the species, we can anticipate their moves. 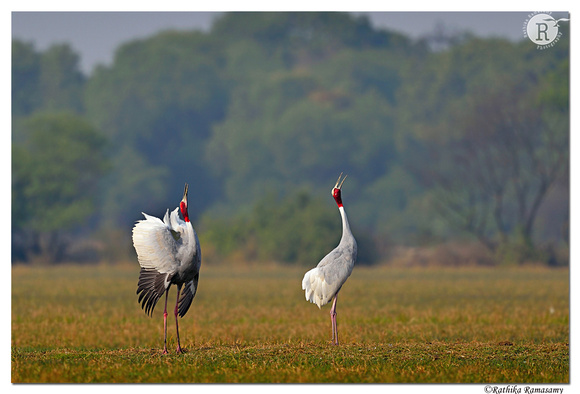 Example : Sarus crane  have a fascinating mating ritual, starting with making a trumpet call followed by an elaborate courtship dance, which symbolizes a celebration of love.  This particular image was taken few years back at Keoladeo National Park, Bharatpur.  While shooting ducks, this pair suddenly landed on a small mount just ahead of me.  I found them calling in synchrony and performing a well- choreographed salsa dance.   Just after the courtship call, the pair usually jumps up in the air happily and then started dancing.  When you look to capture action shots, give some space while composing.  As they may be jumping and running, if you frame too tight, part of the subject may get cut off in the image.

Tip 2 :  Expect the unexpected. Keep your gear ready at all times at a game reserve until you come out. You will never know what you may come across. 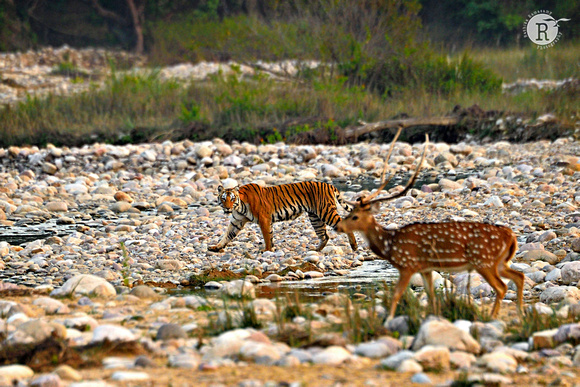 On one of my trips to the park few years back, I could not get any Tiger sighting for three days, though I came across many alarm calls of Deer.  On the fourth day, when I was on my way out from the park in the evening, I suddenly spotted a movement in the roadside bushes.I found a Tiger coming out, though I hadn’t heard any alarm calls.  It walked down the side of a stream that was crossing the road.  At the same time, a herd of Deer that was grazing on the other side of the stream set eyes on the tiger.  I expected the Tiger to hunt and the herd to dash away and waited with bated breath. To my surprise, the Deer stood still and the Tiger was oblivious.  I was waiting and hoping that the Tiger would turn its glance towards the Deer.  It did do so for a second, and I got a memorable moment to capture a predator and prey looking at each other.  The entire sequence got over in no time. I was supposed to pack, but as always I remember keep my gear ready with me, until I come out from the park.

Tip 3 : Use 360° rule. If you are shooting a subject, look around your surroundings as well. You may unexpectedly come across other interesting wildlife. 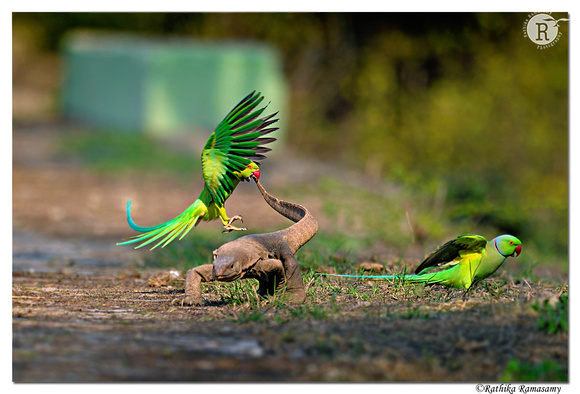 When I was shooting Ducks, I took my eyes off from the viewfinder for a second and looking sideways, I came across this scene. Sometimes, you get the most amazing shots when you least expect it.   I was once shooting migratory fowls in Keolodeo National Park, Bharatpur.   While I was kneeling on the ground to shoot them, all of a sudden, I saw something hurrying towards me.  I turned my lens to see what that was.  I was astonished to find a Monitor lizard running for its life as a pair of Parakeets was fiercely attacking it and trying to bite its tail. Here the Parakeet pair was driving away the lizard that was looking to steal the eggs.

Tip 4 :  When you shoot action scenes, shoot continually until action lasts. Don’t stop after you got a few good shots, thinking that it is enough.  This action may happen again, and when it does, try to improve the shots. If you are in a bird sanctuary, find out the vantage point that has a good background, lighting, and ample bird activity, and spend more time there. 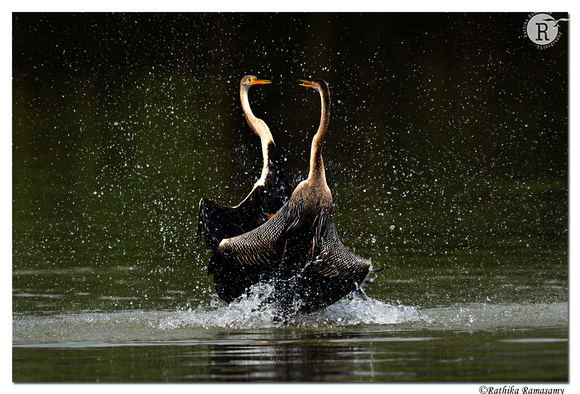 A memorable fight that I managed to capture is between two Indian darters (Anhinga melanogaster) at Keolodeo National Park, Bharatpur.   On opposite sides of a lake popular among Darters for fishing, I noticed two of them perched on trees, drying their wings and calling out loudly. They kept looking at each other.  In a sudden instant, both dived into the water.  After swimming close to each other for a couple of moments, they started fighting, splashing water all around.   They fought for a short while and then returned to the trees.

Tip 5 : Keep a safe distance from animals like Tiger and Elephant when with their babies as they are extra alert to any disturbance. We should strictly refrain from taking photographs of nesting, except in case of breeding colonies such as that of Painted Stork, which do not get disturbed.  If you find animals with their babies, spend time with them to capture their different playful moods. 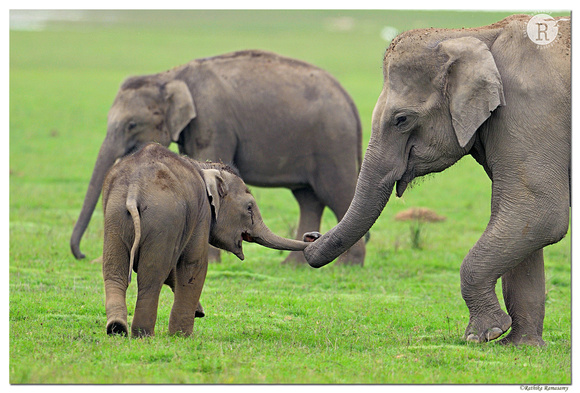 Tip 6 : To capture more than one subject with good details, increase the depth of field.  Always keep a good distance to be able to shoot them without intruding.  Use a Zoom lens to capture the images.  Prime lens may result in tight framing and cut off some part of the subjects. 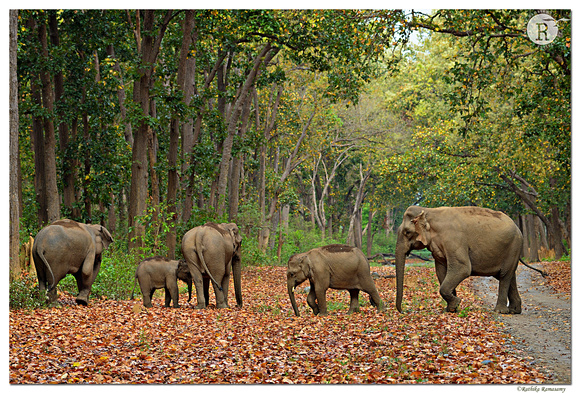 Tip 7 : For bird photography take the help of a local guide, who can help direct you to the right locations.  Make sure you talk to your safari driver about what you want, as he would help in getting the best point of view.

Tip 8 : After shooting usual profile shots, do not take your eyes off from the viewfinder. Make sure to increase your ISO and shutter speed to freeze the action.  Be alert as the movement may be unpredictable. 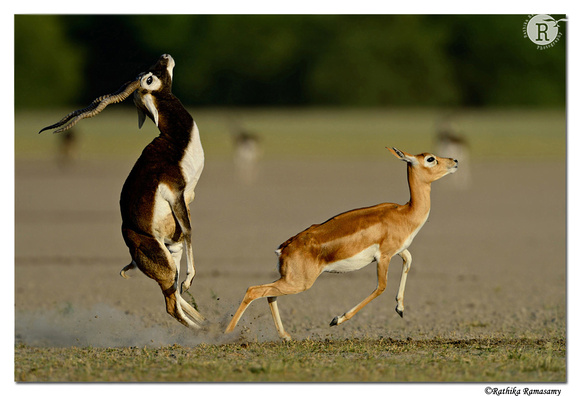 Tips 9:  Local saying goes that if you respect the forest and wildlife, they won’t disappoint you. As a wildlife photographer, having in-depth knowledge of subjects, their behavior patterns and habitat help in getting such images. 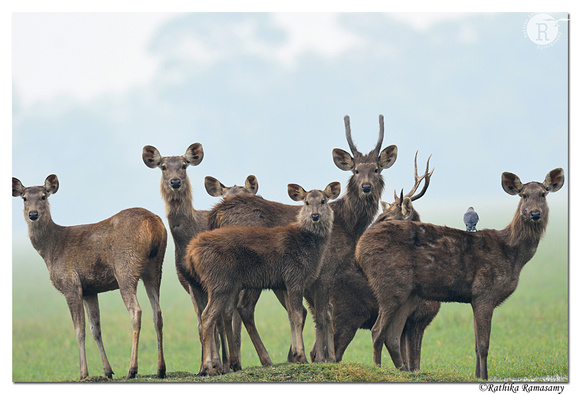